We like to end each year with an episode counting down all of our pop culture Top 5's: books, television, film, music, and -- naturally -- podcasts. But with so many great new podcasts popping up recently, I started to fear that our new favorites might not fit into a Top 5 list competing against the classics of the medium, so we decided to share this blog-only (no podcast this time -- is that meta? or ironic? I just don't know anymore if Alanis isn't singing about it) list. We don't have time to listen to everything (slackers!) so let us know in the comments what we're missing!

And before you jump in with any of these that are new to you, don't forget to listen to our latest episode, our discussion of the Serial podcast and the Top 5 questions we still have (or subscribe to The Billy and Bryan Show on iTunes).

First, an honorable mention; we'll have to recuse ourselves from officially ranking the new Tuesday Night Movies podcast, for reasons that should become clear once you hear the familiar voices. But Billy and Dave, with occasional special guests, have been talking about the new comics coming out each week -- check it out every Tuesday. [itunes] 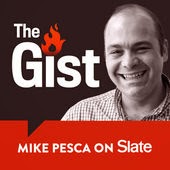 5. The Gist: Slate brings you this daily dose of news and culture with host Mike Pesca. [itunes]

4. Home Dunk: John Moe, host of the hilarious Wits podcast from Minnesota Public Radio, shares a unique look at sports from the perspective of the conflicted fan: the guy who wants to keep watching football, but doesn't feel good about supporting a league shadowed by concussions and domestic violence. Always something to make you think, but mixed in with great interviews and plenty of laughs. [itunes] 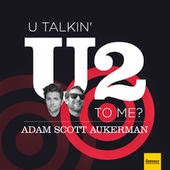 3. U Talkin' U2 To Me?: Adam Scott's (NBC's Parks and Recreation) and Scott Aukerman's (Comedy Bang! Bang!) wives were sick of them talking about U2 at home, so they decided to get together in the Earwolf studios to talk about each album with this "comprehensive and encyclopedic compedium of all things U2". I fully admit that this is not for everyone (not even for all U2 fans), as it's basically just two dopes being silly and occasionally steering the conversation back to music. This definitely fits in with the Comedy Bang Bang aesthetic. [itunes] 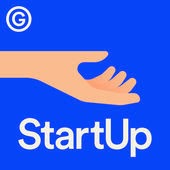 2. Startup: Planet Money's Alex Blumberg decided to give up his comfy public radio job to strike out on his own and launch a new, well, startup company: Gimlet Media, a network of high-quality storytelling podcasts. Startup is Alex's firsthand look at pitching investors, finding a business partner, naming the company, and everything else related to getting the company off the ground. [itunes]

1. Serial: Of course. Everyone's talking about it. More than a few people (*ahem*) are responding with their own podcasts about it. This look into whether a man may have been wrongly convicted of a 15-year-old murder has brought podcasts into the forefront of the public consciousness. If you're not listening to it yet...well, why not? (And if you are listening but want even more, check out my Serial magazine on Flipboard, which has almost a hundred articles about the show for you to comb through.) [itunes]

We love these new shows, and hope that you'll get into some of them too. Happy listening!
Posted by Bryan at 8:43 PM